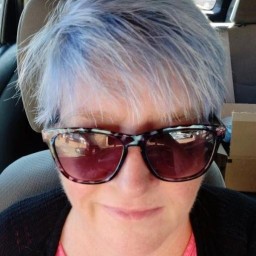 What is Weight Stigma and Why Does it Matter?

To truly understand weight stigma and why it matters, we have to be able to look beyond our culturally embedded ideas about how and why people are or become higher-weight individuals and to challenge our own biases and prejudices, whether we are “straight sized” or “fat” ourselves. Read on for a deeper look.

What is Weight Stigma?

While we certainly haven’t eradicated prejudice and discrimination in other areas (like race, sexual identity, etc), anti-weight bias is one of the few remaining biases that is openly and widely accepted. Fat shaming, “concern-trolling,” and using fat people as the butt of the joke are all something that fat people (please see my note at the end of the article about terminology) encounter multiple times every single day.

Some people also refer to weight stigma as fat phobia, and in many ways, this is a much more accurate, or at least understandable, term to use. Fat phobia is just what it sounds like. A fear of fatness/fear of fat bodies. Fat phobia and weight bias can even be internalized. Our culture breeds a fear of fat bodies, and for individuals, that can become an internalized fear of being fat or even being thought of as fat.

The Racist Roots of Weight Stigma

Weight stigma and fatphobia actually have their roots in racism. According to Sabrina Strings, author of “Fearing the Black Body: The Racial Origins of Fat Phobia,” fat phobia can be traced to the transatlantic slave trade. Black people were seen as gluttonous and excessively sexual and it was thought that their love of food is what made them fat. White European colonists saw themselves as highly virtuous people, and they valued restraint in all things. They considered that their restraint led to their thin(ner) white bodies, and they thought of themselves as the “superior race.” In the end, what came of this was that fat (and black) bodies were seen to be inferior, and fatness became a telltale sign that a person was not as worthy as a thin person, and in fact, fat became something to be afraid of becoming.

Just to add to the racist origins of fat phobia, the BMI (Body Mass Index) has its root in racism, as well. Not to mention that it isn’t even an accurate predictor of individual health. And yet, our culture places so much power and meaning in that little number. The whole idea of BMI contributes greatly to the stigmatization of higher-weight individuals. The wonderful author and podcaster Aubrey Gordon has a great explanation of the origins and myths about BMI over at her blog, “Your Fat Friend.” You can read more from her on this subject in her article “The Bizarre and Racist History of the BMI.”

What Harm Does Weight Stigma Cause?

Because of weight stigma, weight bias, and fat phobia, larger-bodied people encounter teasing, bullying, unfair treatment, and discrimination. Because weight is seen as a “choice” or as something that is completely in the control of the individual, people in higher-weight bodies are often seen as “less than” straight-sized people. Scientific studies have shown that weight is an extremely complex thing and that there are so many factors involved, to believe that it is in any given person’s control is actually quite absurd. So, viewing people in fat bodies as “less than” is just as absurd.

On the whole, fat people make less money, experience greater stress and mental health symptoms, and due to weight stigma in our healthcare system, fat people access medical care less frequently than others, which leads to delays in treatment for acute and chronic life-threatening and life-shortening illnesses.

Rebecca Puhl, a researcher at the Rudd Center for Food Policy and Obesity at the University of Connecticut, recently conducted an international study that shows that weight stigma and weight bias is a found across the globe. In a recent article for the Washington Post, she explains that contrary to popular belief, weight stigma is not a motivator for people to lose weight but instead can have the opposite effect and cause people’s physical and mental health to deteriorate.

Chika Anekwe, MD, MPH, asserts in a Harvard Health article that weight stigma is more harmful, physically and mentally than is having a higher body weight. She points out that “weight stigma can trigger changes in the body, such as increased cortisol levels, that lead to poor metabolic health and increased weight gain.” She also explains, “studies have found the harmful effects of weight discrimination resulted in a 60% increased risk of death, even when body mass index (BMI) was controlled for.” Weight stigma, in and of itself, is a risk factor for health problems.

What Can I Do to Help End Weight Stigma?

I’m not going to lie. It’s an uphill battle. But there are things that we can each do to help end weight stigma, or at the very least, help to stop contributing to the problem.

One of the first things you can do is grasp the concept that other people’s bodies aren’t our business. I know that most people reading this are not the kind of person who would ever intentionally inflict harm, tease or bully a fat person, but making an unsolicited comment on another person’s weight, even out of “concern for their health” is actually weight stigma and fat phobia in disguise. If you have thoughts about another person’s weight or health, start practicing keeping them to yourself. Our world would be a much happier place if we all just embraced this idea that other people’s bodies are none of our business.

Another thing you can do is do your own internal work around weight stigma, weight bias, and fat phobia. These things can easily become internalized, and so much of the time, we aren’t even aware of our judgments of others or ourselves around weight and health. Spend time thinking about how you talk to yourself about food and weight and health, and then assess how much of that spills over into how you talk to other people about their eating, their weight and their health.

Spend time consuming media from a diverse body size perspective. There are some great social media accounts from the body-positive movement. Consider following some of them. There are blogs and podcasts, and YouTube channels from people involved in the body-positive movement, and anti-fat bias work, too. Try checking out some of their content. (You can check out my resources page for some of my favorites.) Promote and share about people of all different sizes.

Ending weight stigma is not likely to happen anytime soon, and the things I’ve talked about in this writing are certainly only the tip of the iceberg in terms of things we can do to end weight stigma, but the more we individually work to end our own contributions to the issue, the better our world will be for all of us, no matter our size.

*** Note on language. As a person living in a larger body, I personally prefer the term “fat” for many reasons, and so that is the term I use in my writing. Many in the body-positive movement use “higher-weight” person and other language like that. I use those terms interchangeably. Just like other groups of people, those of us living in larger bodies are not a monolith, and in the end, there are only various preferences and no “right or wrong” terminology. I write using my own preferred terms, and I accept that they might or might not be yours.

Is There Such a Thing As Multiple Intelligences?

How Medical Focus on Weight Does More Harm Than Good

5 Ways Weight Stigma Shows Up at Your Doctor’s Office…

I Love You. I Really Do.

Grace Can Bridge the Gap

Check Out These Articles

Is There Such a Thing As Multiple Intelligences?

How Medical Focus on Weight Does More Harm Than Good

Please log in again. The login page will open in a new tab. After logging in you can close it and return to this page.